Home / News / Industry News / Do you know what Sealing Cover Films is?

Do you know what Sealing Cover Films is?

Industry News / Dec 21,2022
Typical applications for sealing cover films include packaging and labeling. These products provide an air interface to the back surface of structured elements such as sheetings, and can protect them from degradation. Often, these films are attached to a microsphere-coated base sheeting. They can also be used for bagging and packaging dried fruits and other similar products.
Sealing cover films can be opaque or light transmissive, and can have various properties, including sealant, film former, and opacity. They are typically attached to structured retroreflective sheetings using an embossing tool. Sealant may be used to enhance the integrity of the retroreflective sheeting, whereas film former may reduce the film's shrinkage. The film's properties are controlled by the film's composition, the film's thickness, and the type of coater. 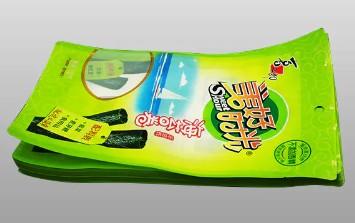 Sealing cover films are often attached using a heated embossing tool. In this process, a layer of adhesive (which may be solvent activated) is applied to the back side of the binder layer and a seal coat material (which may be organic, solvent-borne, or water-borne) is applied to the back surface of the cover film. The process typically causes indentations to form in the binder layer, and the cover film is attached to the indentations. This method creates a sealant that is non-pierceable and does not allow contamination to occur between wells.
The process can be accelerated by using a curing agent. The curing agent helps the seal coat to polymerize more rapidly. The thickness of the seal coat depends on the viscosity and the composition of the seal coat precursor. In addition, the thickness of the seal coat will vary depending on the application and desired final properties.